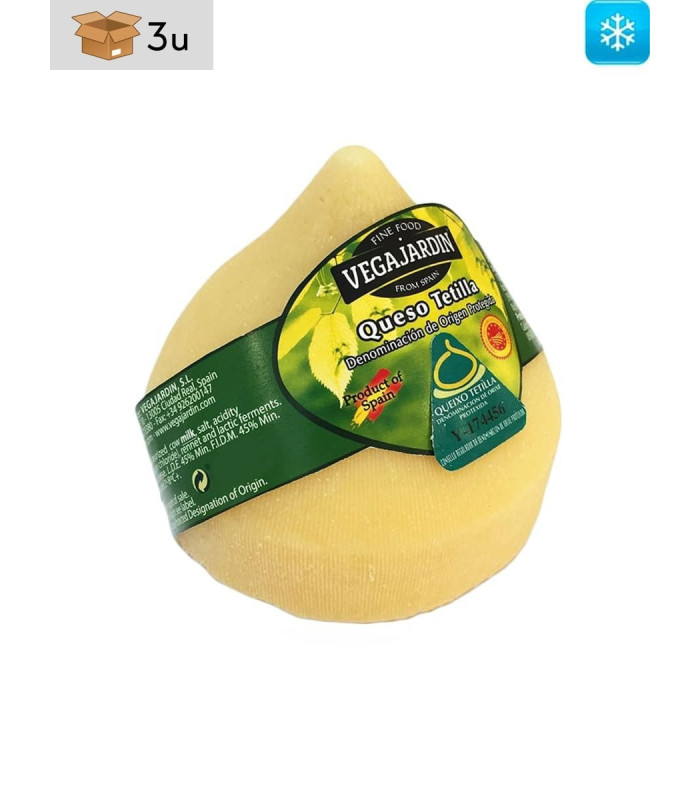 Pasteurized milk cheese from frisian or brown-alpine cow, made in Galicia (Spain), that owns the Protected Denomination of Origin Tetilla Cheese. It is a soft paste, creamy, uniform and with few eyes cheese. It is a cheese which is easily recognizable by its shape and its smooth and fine, straw yellow color bark. It has a dairy, buttery, slightly acid and mildly salty flavor. Its texture is soft to the palate, creamy and uniform. It is a cheese that everyone likes and consumes daily and continuously, also suitable for making culinary preparations and used for its melting feature with a heat stroke, in fillings, creams and breaded. It can be consumed alone, or accompanied by other foods, such as quince paste, olive oil tortas, almonds, bread and wine. An interesting culinary proposal would be its combination with grapes.

Around the first century AC, Pliny talked about a tasty cheese from Gallaecia (present Galicia, Spain) which he called "mamulaslactem" (little tits of milk). Nevertheless, there are theories that assure that the Tetilla cheese comes from a convent of nuns of the XI century. What is clear is that Galicia (Spain) has always been a land of cattle ranchers and that the many shepherds of rubia gallega cow, had enough milk for cheese making.