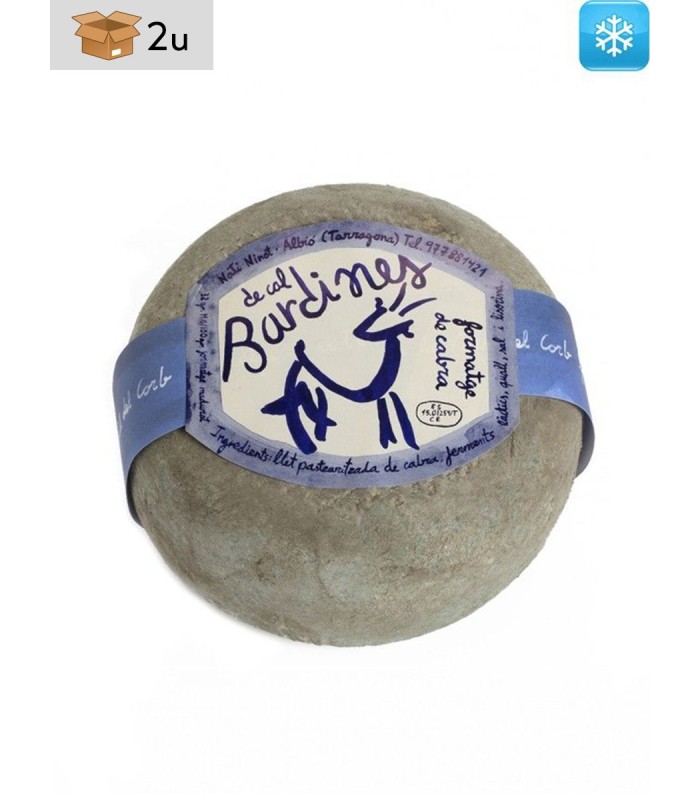 Garrotxa cheese is made with pasteurized goat milk. It is a pressed cheese, enzymatic and slightly acidic curd, with a maturation period of 6 weeks. During this period, the fungus that develops in the cortex (gray penicillium) neutralizes its acidity; sweeten it and giving it a touch of cellar. The result is a creamy cheese texture, subtly salty, and with a touch of acidity. Its flavor is smooth and balanced, reminding the aroma of nuts. The color of the rind is grayish, has a cylindrical shape and rounded edges. The paste is closed, no eyes, and a intense white color. It is a very versatile cheese, it allows taste it alone, in the appetizer or accompanied by a young and fruity red wine. In the kitchen, it is a grateful ingredient in salads, meats, fish and pasta. For dessert, it is ideal with quince and red fruit jam.

Garrotxa cheese has its origins in the area of the same name. Its geography is pre-mountainous, resulting in a rugged landscape, and thanks to its microclimate mild continental character, enjoys a high rainfall. We find good forage productions, interspersed with rich pastures among the various types of forest. Because of these coordinates, the traditional farming consisted flocks of sheep that followed the ancient practice of transhumance. It was common practice that, among these flocks of sheep, a few goats coexisted with the function of suckle those lambs which lost their mother or could not be fed by it, in case of multiple births. These goats, usually good milking goats, were milked to get their milk in artisanal cheese production. With milk of these goats, the first fabrications of garrotxa cheese were born.

Try it with quince paste and a crusty bread!